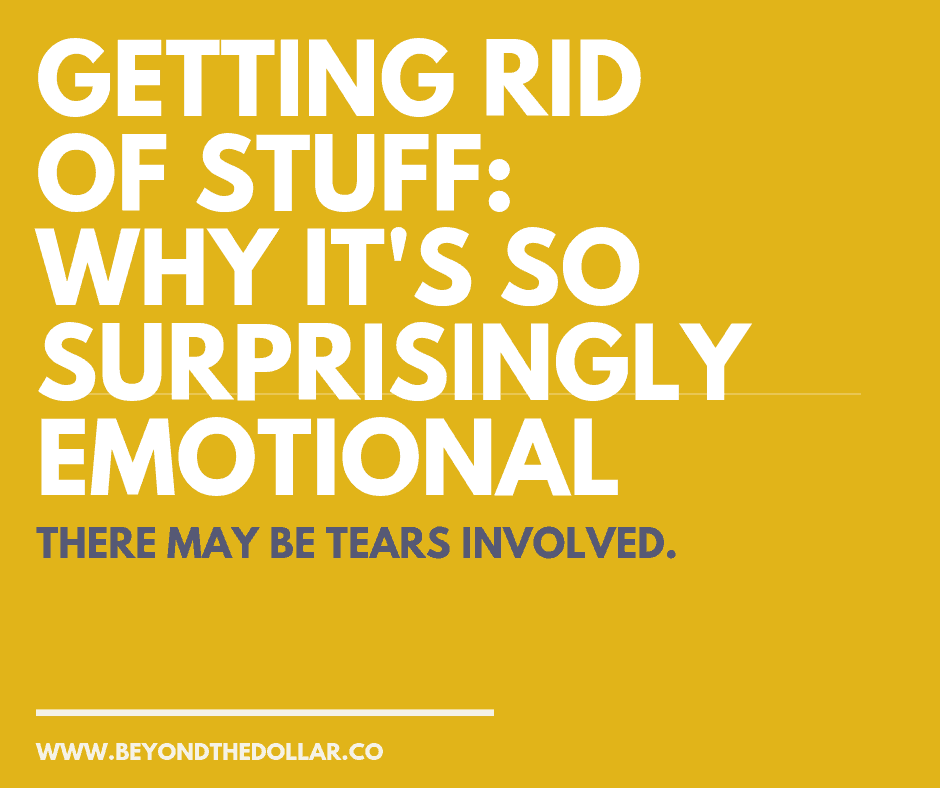 Once you’ve figured out your finances, that’s it right?

As someone who has been knee-deep in learning to love my finances for a very long time, I still haven’t figured it all out yet.

If someone out there says they do, run far far away from them.

Let’s be honest here. Figuring out your personal finances is an ongoing process. Always. Just because a budget or a spending plan works for you now, doesn’t mean it’ll work for you down the line. Life happens.

Take me for example, I thought I had wrapped my head around the whole emotional side of spending. I have had no desire to purchase frivolous items and have said no to quite a few people because I knew I would end up spending obscene amounts of money around them.

Not the case at all.

When I moved back from living in China for the past 8 years, I had to face a whole new set of challenges. Adjusting to a career which involves staying at home with my son all day. Still being away from friends and family. The exhaustion that came with moving, including where to store, move and ship all those items.

And let’s talk about all that stuff shall we?

That was what got my emotions around finances in a tizzy.

While my husband and I were overseas, we had items we’ve collected over the years, whether it was furniture from living on our own to artwork we’ve purchased together on our many international trips.

I’m a bit embarrassed to admit it, but I forgot about it all. I mean, I knew we had a storage unit, but I had no recollection of the actual items in it, with the exception of a few things here and there.

When we finally moved back to the US, I was excited. It was like a treasure hunt!

Alas, it was not like that at all. I couldn’t believe all of the things I had collected over the years. I had quite a few duplicates of items. Yikes.

Looking at all that stuff forced me once again to come to terms with why I even bothered to purchase these items in the first place. As in, what were my spending triggers? Were any of these purchases justified, and if not, what was my mindset at the time when I purchased them?
Most importantly, do I have the same mindset as I did back then when it came to these sorts of purchases?

To tell you the truth, I had no idea. That was what scared me.

Getting Rid of Stuff (All of It!)

Maybe I should backtrack a bit here. If you don’t know what a spending trigger is, they’re emotions you feel that compel you to spend your money.

Think about your trips to the grocery store. How differently would you shop if you were tired and hungry versus when you’re in a good mood?

Spending triggers can get us in trouble, especially if we’re getting into debt over it. But that’s a conversation for another time.

Back to the storage unit.

I really wanted to figure out why I spent money on these items because I didn’t want to repeat the same mistakes again. I was terrible at emotional spending years ago, and was determined not to go down that path ever again.

I wanted to go through a process of getting rid of stuff. So the logical thing to do was to get rid of 90% of my stuff.

Yeah, sounds a bit nuts, but I came up with this percentage when thinking about getting rid of stuff based on how many of these items weren’t necessities. And about 90% of them weren’t.

Granted, I’m only looking at my own items. It’s fine to run an experiment of this sort, but it’s not fair to impose it on other people.

I gathered up all the items I wanted to sell and forced myself to face a few items at a time.

I had a huge LP record collection as well as a record player, so I decided to sell these off first. It was an emotional process going through these items and that really surprised me. As I physically held each record, I recalled the moments where I chatted with friends while purchasing them or spending time listening to them with others.

Forcing myself to think about why I thought these were necessary purchases at the time, I realized it was because I was using them to affirm my sense of self-worth. As in, I had these items to make friends. It was as if these records weren’t in the picture, I wasn’t good enough to foster any relationships.

Sounds a bit ridiculous, I know, but that’s how I felt about myself at the time.

The Process of Selling

I would like to tell you it was easy selling it all, but it wasn’t. I was hesitant (as in for weeks) to even post it up on selling apps like OfferUp and LetGo. It was if I couldn’t bear to let go of that part of myself.

Finally, I put my record player up for sale. I priced it at $35, which I thought was a steal.

The next day, a girl responded to my ad on OfferUp. They offered $25 for it. I was angry. $25?  How dare she even come back with such a ridiculous offer?

I had to stop myself. The whole point was getting rid of stuff. If I were them, I probably would have tried to get the record player at a lower price too. So why I was getting all worked up about it?

Simple: I felt like I had worked so hard to accumulate these items to affirm my sense of identity, and I thought this person was saying that I wasn’t worth that much.

Once I realized that that was my thought process, I responded to her message saying I’d be happy to offer it at $30, and throw in a few records in the mix. She agreed.

I was nervous walking up to this girl’s office, but when she saw me she had the biggest grin on her face. I proceeded to open the box where the record player was. She stood up and was jumping up and down, cash in hand. She realized what she was doing and stopped. We tested to make sure the record was playing.

You know that old saying where if you let something go that no longer serves you, something better will come along? That’s exactly what happened. Once I let go of the record player and how it affirmed my sense of self worth, I was able to connect with 10 new people the next week. And I didn’t have to purchase anything to do so.

Going through this process actually helped me rediscover why it is important to really pinpoint what your spending triggers are. Because once you really wrap your head around your emotions and how that factors into your spending decisions, changing those behaviors becomes so much easier.

I’m still in the process of getting rid of stuff, so stay tuned to see how many more spending triggers I get to figure out in the next few months (psst…part two is over here).