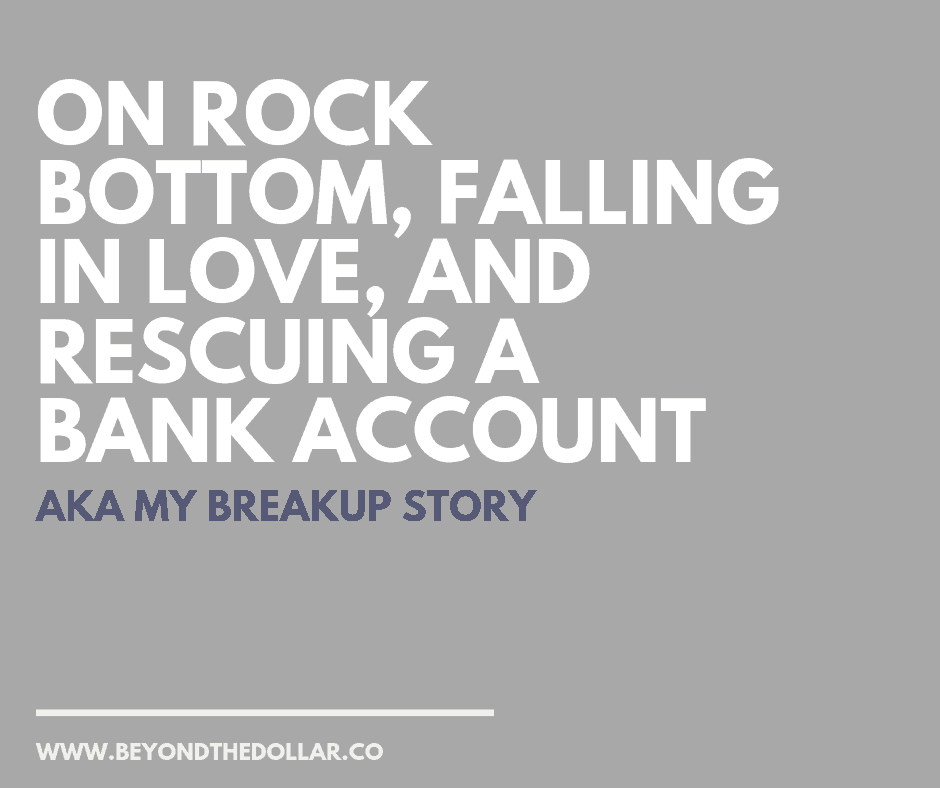 “How dare you call me asking for money.” he said, even though he made it clear that I was to call about the $300 he said he’ll owe me three months earlier. “My priorities right now are being able to keep gas in my car so I can get to work. If you think that’s less important than paying you, I’ll give it to you right now. Otherwise, go away.”

That was it. Our final conversation. I sat in my bedroom in my parent’s house (which looked exactly as I had left it in high school) holding the phone for dear life, as if someone on the other end of the line was going to rescue me.

So that was that. $9000 in debt, no job, nowhere to live and completely heartbroken.

How did it come to this?

Flashback to a year ago, when I flew from Canada to Australia for a job. My boyfriend was to follow me in a few months when I found a place, had some money saved up and figured out how to get around a new city.

“You’ve got a job, do you mind taking care of the rent this month until I get on my feet?” he asked.

But he never did get on his feet. Sure, he had a job, but I paid the bills. Every time we went to the grocery store I was the one who handed over the cash. Actually, he never once looked at the bills.

I was also the one who made the friends. After weeks of complaining, I’d spend the time finding social activities to attend. But it was my fault if they weren’t fun.

Did I mention the weekend trips to the beach? Oh yeah, since he had to get on his feet, I took care of that too. Again and again.

But I was in love. And this person was the one.

“Sarah, we want to pay for your living expenses and fly you to our other office. We think you’ve done such a great job here you deserve a promotion. What do you think?”

For the last few months I’ve checked my balance obsessively hoping it wasn’t zero. I did some pretty crazy things, like calling my parents halfway across the world begging to borrow money or taking out money from my investments just to pay the bills. That’s what it cost to maintain the life I led. To be in love.

Finally. I can get ahead. This promotion will mean I don’t have to worry so much about how much was in my bank account, or the lack of funds in it.

Running (in high heels no doubt) to tell him the news, I was met with anger.
I will never forget it. The hunched shoulders. The furrowed brows. The squinted eyes. The scowl. And silence. Dead silence.

“I’ll pay for your flight there. And everything else.” I blurted out.

“And after my work contract is done we’ll go on that cross country road trip like we’ve always wanted to.”

“You put the gas in, you need to swipe your card anyway.”

I was nothing more than an ATM to him. But I wanted his love more than anything so I went along with it.

As we drove up the rental car lot after our whirlwind trip was over, I talked about how moving back to Canada would help our future together. I could get a steady job and buy a house, just for us.

He had other ideas. He just didn’t tell me then.

Instead of breaking up with me at the airport he simply said “I’m going to visit the cities you went to while I wasn’t with you. I’ll be back soon”

I reached over to give him a goodbye kiss, and he turned his head away.

Being in love cost me in a big way. And I had myself to blame.

If I didn’t value myself enough to set boundaries, how could I have expected others to do so?

Having no money to my name was a reflection of how I felt about myself.  I was a big fat zero.

So how did I finally manage to get out of debt, save over half my income and live the good life?

Simple, I started saying no. I started by writing a long email thanking him for the time we had in Australia, and that I wanted to end things officially.  As if my magic, I started to sleep better.

I then began to say no to more and more things.

I said no to people that were a drain on my time and energy.

I said no to buying anything that didn’t make me happy.

I said no to low paying jobs, and found one that matched my expertise and wanted to pay what I was worth.

Most importantly, I found out what love really meant. It’s not all those gushy feelings you have when you think about another person, it’s about being ok with who you are. Valuing yourself. Being proud of what you have to offer the world.

You can’t just earn more money to be rich. You have value your worth.You need to realize that having money isn’t just about having freedom or  buying beautiful things. It’s about loving yourself.

You are worth a million dollars. Now go make sure everyone around you (including your bank account) knows that. 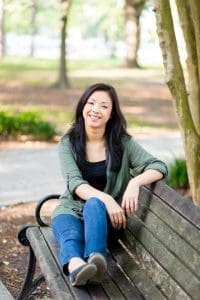 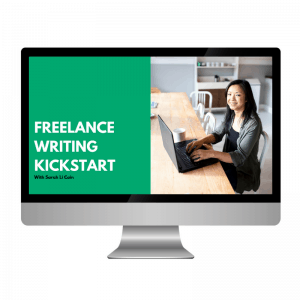