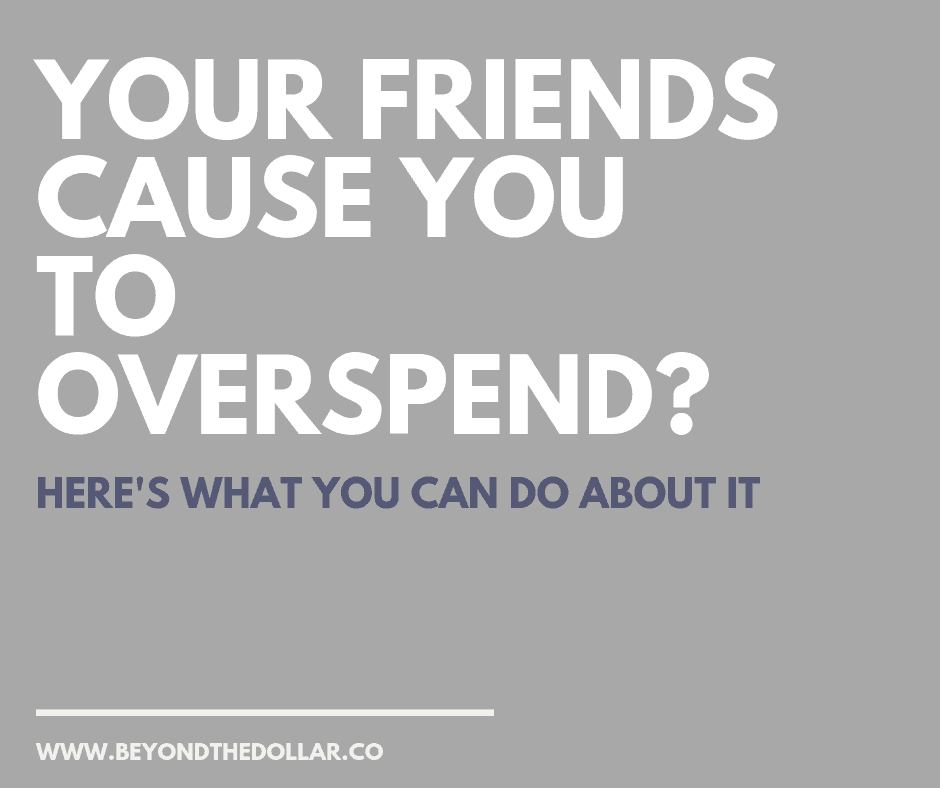 Note: This is an excerpt of my new book The Authentic Budget: Harness Your Personality to Manage Money Like a Pro On Your Own Terms.

You may be on the right track with your money, but things will get complicated when other people get in the mix. This is especially true if you have people around you who aren’t as savvy with money as you are. Sadly, the extra money in your bank account won’t guarantee you genuine relationships with people who will fully support your new way of looking at money.

I bet you have a friend who encourages you to go on shopping sprees, a family member who tries to ask you to borrow money, or even a someone who likes to put their nose into everybody’s business. Worse yet, there’s already someone in your life who’s clearly taking advantage of you. I call these people your money frenemies.

No matter how hard you try, there will always be people like this in your life. Unfortunately, being around these people might derail your financial future. No matter how nice he or she may be, if that person is a negative influence on you, you will end up spending money you may regret later. If it happens more than a few times, you’ll feel even more discouraged and give up. That would definitely be a shame.

Keeping personal finances and relationships separate when it comes to these kinds of people is not only necessary, but imperative if you want to keep in track with your authentic budget lifestyle.

The first step in making sure you don’t let money frenemies influence you is to be aware of who they are in the first place:

The FOMO (Fear of Missing Out) Buddy – This person is someone who loves to have fun, maybe a little too much. Whenever they want to spend time with you, it’s usually to do things like going out to expensive restaurants, skydiving (or equally expensive outing you’re not prepared for), to the mall or even long day trips. They don’t necessarily care whether you want to be spending that amount of money. The FOMO Buddy will also encourage you to spend more, citing excuses such as that item being a great find, telling you that you only live once or other similar phrases.

The Green-Eyed Friend – Let’s not even call this person a friend (or a liked relative – can we go there?) because they’re never going to be happy for you. He or she has an opinion about everything and everyone when it comes to money. It may be disguised as encouraging advice but it’s actually quite rude. Their comments can come across as catty or uber jealous. They’ll most likely gossip behind your back and talk to you about other people.

The Guilt Party – Yup, you guessed it, this type of frenemy will try to manipulate you into spending money whether you want to or not. They’ll usually ask you for a favor in front of a group of people or in such a way it makes you feel like a jerk for saying no. They don’t care about other people’s money situations and will want you to participate in activities no matter what.

The Mooch – This money frenemy will always feel entitled and will always need or want something from you. In fact, when they ask for something, it’ll most likely never be reciprocated. He or she most likely has made you spend money on them outright or you’re still waiting on that money they owe you.

The One Upper – Yup, you guessed it – this frenemy always has the best things in life. They always feel the need to tell other people how much “better” they are and make you feel like you aren’t enough as a result. They can’t seem to celebrate anybody else’s wins except their own and will shout from the rooftops if they have to.

When it comes to spotting money frenemies, the most obvious thing you can do is listen to how they talk about money . More specifically, what they say to you about money. Now’s the time to really sharpen your listening skills so you can pick up on the phrases you really need to watch out for.

Do you really think this person will repay you? Let’s get real. This money frenemy will probably pretend to forget their wallet or something similar and promise that they’ll return the favor. If you ever hear this phrase come from someone’s mouth, be very suspicious. Of course there are exceptions, but you never know.

“Can you spot me just this once?”

This phrase is similar to the last one except this person is getting quite bold about asking for money. The money frenemy in this case isn’t even asking you to just borrow money, they’re asking you to the money outright. The amounts will start small, but will get progressively bigger as you agree to more and more amounts.

Way to guilt you on putting money towards a gift, huh? When you hear this phrase or any variation of it, it means that this person is trying to manipulate you into doing something you probably didn’t want to do in the first place. He or she is trying to justify why you should fork over your hard earned money and providing as many “reasons” as to why it makes perfect sense.

“Really? Well my husband surprised me with a trip to Hawaii last week!”

How can people not be happy for others when they hear good news? When someone feels the need to boast about their accomplishments), they’re either feeling insecure or angry with themselves. They also feel the need to spread that misery around to as many people as they can.

“Wow, you must have gotten a pay raise or something.”

This person is so jealous they feel they need to justify why their life sucks (as it pertains to money). Instead of being happy for you (whatever that may be), they’ll make catty comments like these to express their hurt.

“It must be nice that you can afford that”

Another similar phrase to the one above, expressing jealousy over whatever money win you have.

“Oh go on, it’s ok to treat yourself”

This phrase means your money frenemy wants you to spend money you don’t want to part with.  It’s different from like The Guilt Tripper in that they’re not only trying to make you feel guilty, it’s more like they’re trying to get all FOMO on you, which is just as bad.

On top of saying any one or a combination of these phrases, money frenemies tend to complain about money a lot. It can be really subtle, like talking about a phone bill they racked up extra minutes on, or how they can’t go out with you because they just spent too much on a new car.

Like I mentioned before, people who gossip in excess about other people is definitely someone to steer clear of. Not because they probably talk about you behind their back, but because they’ll start getting bolder in front of you and say things directly to your face. Who wants to deal with that?

What to Do If You Have Money Frenemies

It would be nice to tell you just to avoid these types of people but the reality is that it’s virtually impossible to do so.  Negative people will always be in your life. The important thing is knowing how to deal with them so you don’t go crazy. I know if I had handled myself around my money frenemies a lot better, then I’d probably have a lot more money in my bank account.

There’s no clear cut answer on what to do, but creating boundaries is key whenever you do have to face them. Of course, the more you can cut these types of people out of your life, the better. Your sanity and money are worth it. Having an authentic budget means that you do what is best for you. If a money frenemy has the ability to control your actions, you’re never going to win.